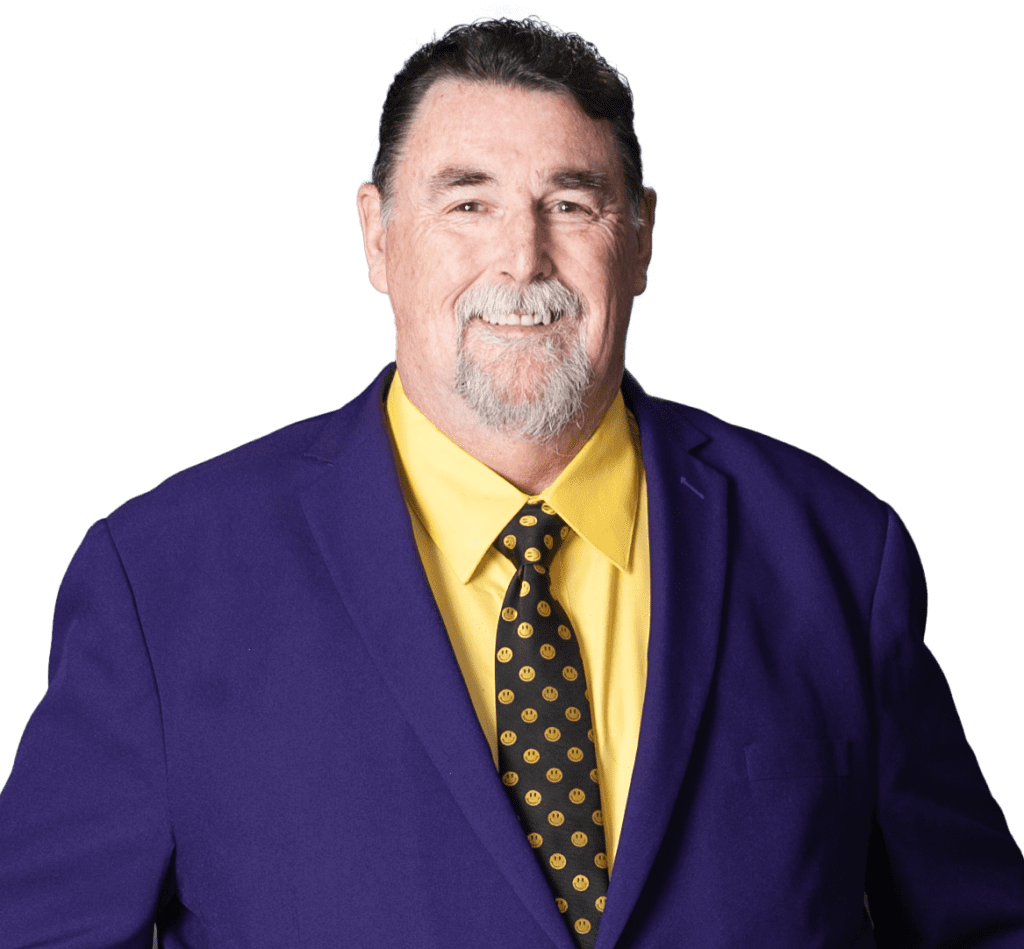 Great Scot will have all the kids (and adults) laughing, in awe and begging for more at your next event!

All of my shows are customized, age appropriate, full of audience participation and designed to amaze and delight children of all ages – AND ADULTS TOO!

We hired Great Scot for our daughter’s 7th birthday. We had 20 first graders to keep entertained and Great Scot was incredible! His silly slapstick humor had the kids and adults laughing. We were also impressed with his timely and quick setup and breakdown. Great Scot is professional and you can see his experience with his great performance!
Jamie Manjarrez

Great Scot made my son’s 8th birthday super memorable. The kids are the party are still talking about him and how he made my son float. I was a children’s entertainer for 10 years so I have vast experience in entertaining kids, and he was all the things you want to entertain your kids, funny, patience, and kept their attention. He’s a great price too! I highly recommend him!
Patrice Mendoza

We hired Great Scot in February 2018 for our childrens’ joint birthday party in our home. The age range of guests was 4-12, and Great Scot was a hit, even impressing the adults! He was easy to book, with convenient online booking, returned calls and texts messages promptly. He suggested an appropriate package for us (even though I chose a more expensive option initially!). The day of the party, he was on time, professional, setup and broke down his gear quietly. Now, several months later, the kids still talk about how much fun they had with The Magic Dude. Best party we’ve had for the kids thus far. Thank you, Scot.
Zeest Khan

“Great Scot the Magic Dude was a huge success at my 6 yr old twins birthday party. Not only was he a hit with the kids but the adults too. He was on time, professional, and great with the kids. His performance did not disappoint. I would definitely use him again and recommend him to friends.”
Hollie Davis

100 stars for Great Scot! Not only is he amazing with the kids, he’s amazing with the adults! Since my daughter is still young there were just as many adults at her party, and I hired Scot to do “walk around magic” to entertain everyone after his show. We all loved him, and his magic is SPECTACULAR! He’s, funny, and personable.

His show was impressive to all of us! And the BEST part, all the kids sat and listened in amazement, and parents got to relax and enjoy! I can not recommend him enough. And I would definitely have him do the walk around manic.

Up close right before your eyes magical things will happen! Thank you Scot for making my daughter’s party a magical success!

“Great Scot the Magic Dude was wonderful. The kids were awed and loved every minute of his show. I cannot wait to have him again.”
Laura Menz 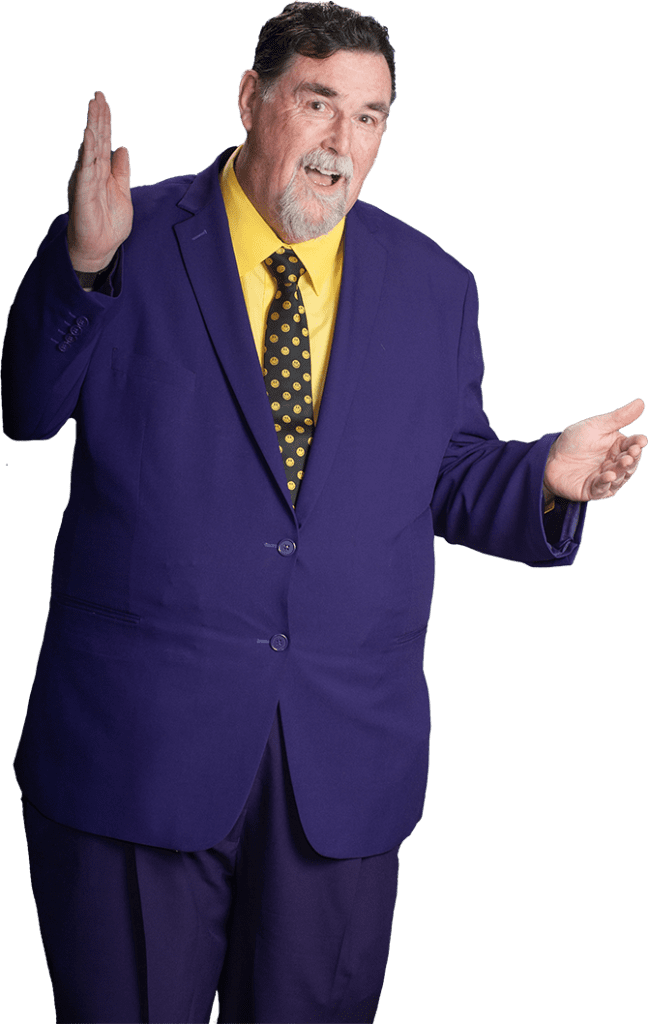 Hi, my name is Scot Smith, but I perform as Great Scot the Magic Dude. I have been entertaining Kids and Families for over  30 years.

I first caught the magic bug at the age of 8 while after seeing a magician at a local carnival.  It turned out the magician was a neighbor of mine, and after much cajoling, he agreed to teach me magic.

Magic has always been part of my life, but it wasn’t until I was 35 that I decided to make it a second career.

Through all my years studying, I became adept at many types of magic but decided to specialize in Magic for kids and families, so I could impart that same feeling of wonder I felt as a lad of 8. 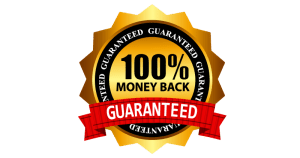 I’m so confident that my fun magic show will make the kids laugh hard and smile in amazement at ‘s birthday party that I’m going to put my money where my mouth is by offering a 100% money back guarantee. If you’re not completely thrilled and satisfied beyond belief, just let me know and you’ll pay nothing for the show. You have absolutely nothing to lose and all the risk is on me!

You won’t have to wait for me to answer the phone or send an email…
click on the button below & you will get immediate package & pricing information for your child’s party. 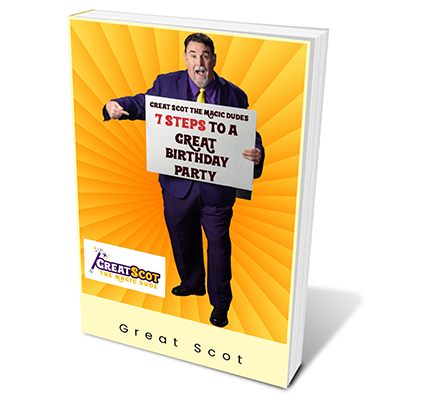 When you request my package & pricing information,
I’ll send you my ‘Birthday Party Guide‘ for free!

My way of saying thank you for your interest.

Get My Instant Price Quote 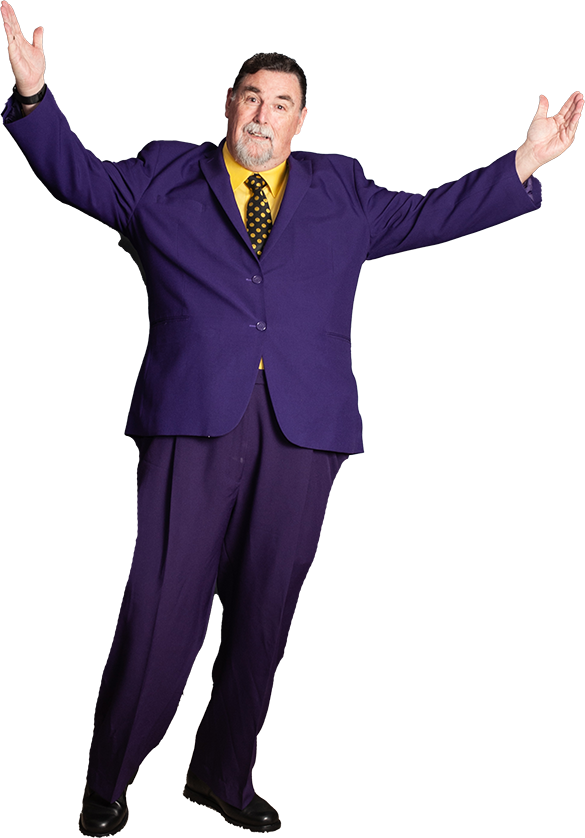 I have answered the most asked questions below. If your question is not here, then please feel free to contact me. I promise to get back to you right away!

How much does it cost?

I offer two different entertainment packages for children’s b-day parties. For complete details, including pricing, simply fill out this quick and easy form.

Do you need a table?

No, I bring my own cases that fold up into  tables.

Can we serve food, drinks and snacks during your show?

Well, it’s your home so you can do whatever you’d like… however, I do recommend serving treats & drinks before or after the show. It’s a HUGE distraction for the kids. Not only eating the snack but then the serving of it and cleaning up that takes place. At this age, they need the least amount of distractions as possible. So I HIGHLY recommend NOT serving goodies during the performance (also because it’s a show based on audience interaction and participation… I need their hands to be free…besides, it could turn messy).

Do you require a deposit?

Yes. I require a $100 deposit for my Basic Show and $150 Deposit for my Ultimate Show.  Deposits may be paid by PayPal, Venmo, Major Credit Card or you can mail me a check (time permitting)

The deposit is 100% refundable if the party is cancelled due to unforseen circumstances (illness, natural disaster, etc)  If you cancel for any other reason, you surrender your deposit.

When is a good time to have you begin your show?

A good general rule of thumb is to have my show begin about a half hour after the party is to begin. This prevents distractions from late arriving guests. Depending on which package you go with, the show lasts anywhere from 45 minutes Basic Show) to 75 minutes (Ultimate Show with lots of guests).

* Important! - Can we hire you to entertain our children in one room while the adults hang out in another room?

Due to liability issues, I do require that all of the children be supervised at all times by at least one responsible adult (besides me). I simply can’t be held responsible for supervising them. This is to protect you, the children and myself, PLUS believe me, adults enjoy my show as much as the kids!

What age range is appropriate for your different packages?

Based on my many years of experience, I designed the Basic Show for all ages, but the younger crowd, ages 4-6 (mostly because of their shorter attention spans) has less magic and more fun activities to keep their attention for 45 minutes.  My Ultimate Show is most appropriate for kids 7 and older (many of the tricks I even do in my adult shows!).  The magic tricks provided in the goodie bags require some dexterity and focus that younger kids don’t typically possess. These are general guidelines.  I can tailor any show to fit your age group.  If you really only want a 30 minute show and you have older kids, I can tailor the show to be appropriate for that age group.

Do you accept tips?

I am providing a service. I am paid well for my services.  Tips are not expected, however if you think I have gone above and beyond your expectations, then tipping is very much appreciated.

Can you perform your show outdoors?

Yes I can providing the weather is decent. My sound system is battery powered, so I don’t need electricity. My backdrop cannot be setup outdoors because it is affected by the slightest wind. Also, if the wind is blowing, that can be too much as some of my props are very light and will blow away. It’s always safer to have it indoors plus there will be less distractions.

How much space do you need?

That depends on the show. for my Basic Show I can get by in a very small area, However myUltimate Show features illusions that require more space.  I also have a 10 foot wide backdrop that makes the show look more magical (cannot be used outdoors). Usually, your living room is a perfect place for this. Other than that, an area right in front of my performing area for the children to sit and enjoy the show is all that is needed.

When should I serve food and cake?

Is the show clean and age appropriate?

Yes! I take pride in that my show is specifically geared towards children ages 4-12. Most magicians don’t have an age specific show. I specialize in entertaining children with clean and fun magic. The best part is that the adults have as much fun as the kids!

I am celebrating more than one child's birthday, can you accomodate that?

Yes! I then have all of the b-day children be the stars of the show. Everything else is the same except we have a few more lucky participants!

Do you know any sources for birthday goodies like plates, napkins, hats, etc?

Yes! There is a great place called Birthday Express ( I have no affiliation with them)that gets nothing but rave revues from other moms.

I also recommend Amazon (they have everything!) Check it out now!

Can we nvite young infants and babies to the party?

Since it’s your party, you may do whatever you’d like. However, I do recommend NOT having children under the age of 3 present, only because they often are a distraction to the children and adults who are trying to enjoy the magic show. Same thing goes with your pets. Please keep your pets in a separate area (sorry Tinker Bell).

Is there anything else I should know?

I would really appreciate it if you could keep a parking space open for me close to the venue.  I carry quite a bit of equipment to all my shows and it is not easy to lug it long distances.